An Android library that allows, when using the BottomNavigationBar, to consume the multiple back stack workaround provided on Google Samples with one single navigation graph per application.

When to use this library?

When using the BottomNavigationBar, the Navigation component, multiple back stack workaround and one single nav graph per app.

Why would I want to use one single navigation graph per app?

You may don't want to, but based on our experience, when using Navigation component in conjunction with Safe Args plugin, using nested graphs will make you repeat yourself like a parrot.

How to use it?

The API is pretty much the same that is provided in Google Samples: an extension function BottomNavigationView.setupWithNavController which requires to supply a few parameters to do the setup. You can go to our sample to see a showcase.

When declaring the nav graph in the xml file, create a destination as follows:

Then set that destination as the start one in the nav grahp:

This is required by Watson lib to avoid crashing when the graph is inflated for each tab.

There is a showcase in :app module to have access to a more detailed usage of Watson library. 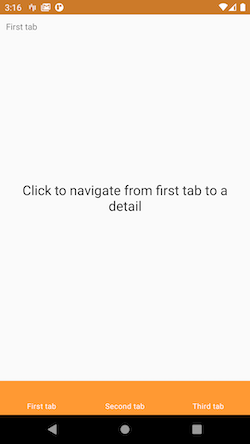 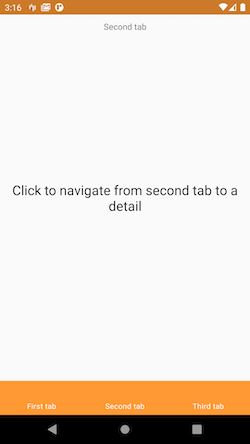 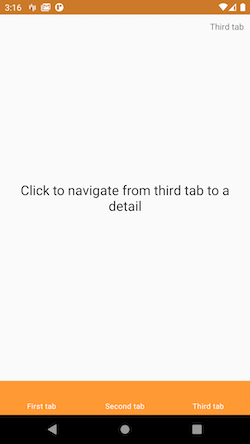 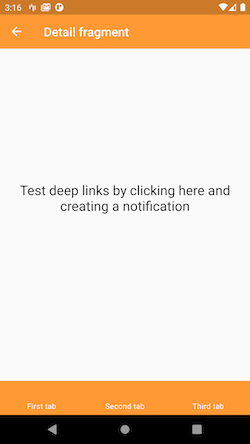 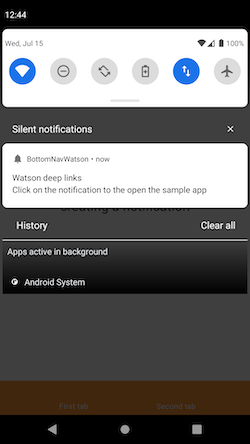