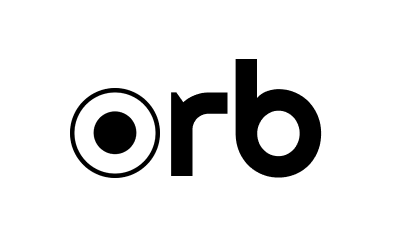 Orb is a lifecycle-aware asynchronous Network monitoring library to simplify the needs of network state monitoring in Android. This library can help you monitor (observe) the current network state of Android device. It can give you the current connection status, and connection type in realtime change events without blocking the main thread. Orb really works well with the MVVM architecture pattern in Android.

How Orb determine the current network state and type is by using ConnectivityManager. And due to some Android ConnectivityManager API deprecation, applying network managing algorithm can be a little bit hard and tricky. Here's come Orb to the rescue. Orb is simple, powerful, sweet, and the most important, idiomatic!. It's written in pure Kotlin.

Since Orb API need to access and change the current network status of the device, you need to add the following permissions in you App manifest.

Orb usage is pretty simple, you just need to initialize it in your current context (view), and the rest will be handled by Orb.

All the action defined inside observe function will be converted into an observer. Make sure you've initialize the Orb only in the onCreate() function of your activity. Why?, because Orb only can observe a single observer and that need to be happened in the creation process of your activity.

If you don't want to use a direct written observer, you can use the Orb observer function builder, and pass the observer to observe function parameter.

Orb observer will be called each time Orb is detecting network changes in the device. The observe function also gives you an OrbResponse that hold the network state information, so that you can interact with it.

Please note that Orb will observing the network asynchronously. It's mean that Orb will not blocking your main thread, resulting in hang and stuttering effect on Android screen. And Orb is also lifecycle-aware. You don't need to worry about memory leak, all already handled by Orb. You just need to focus on functionality of your app, and let Orb do all the network monitoring stuff.

The observe method will return an OrbResponse object (accessible by keyword it by default) when each time Orb detecting a change in device network state. This object hold some properties as follows:

A simple and powerful HTTP networking library for Kotlin/Android.

A simple and powerful HTTP networking library for Kotlin/Android.