How to resolve a merge conflict using Android Studio?

Usually Git is able to automatically merge files when pulling changes from another branch. But sometimes a conflict arises when two separate branches have made edits to the same line in a file, or when a file has been deleted in one branch but edited in the other.

You can use Android Studio to resolve merge conflicts through its UI-based Git features. Here’s how to do it: 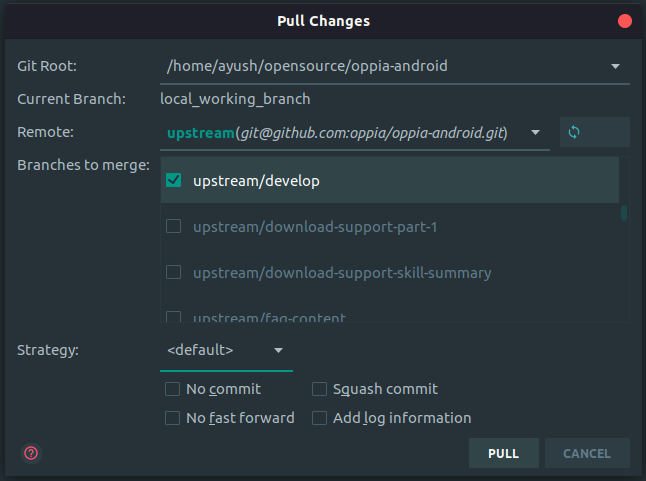 (this may look different in the latest android studio update) 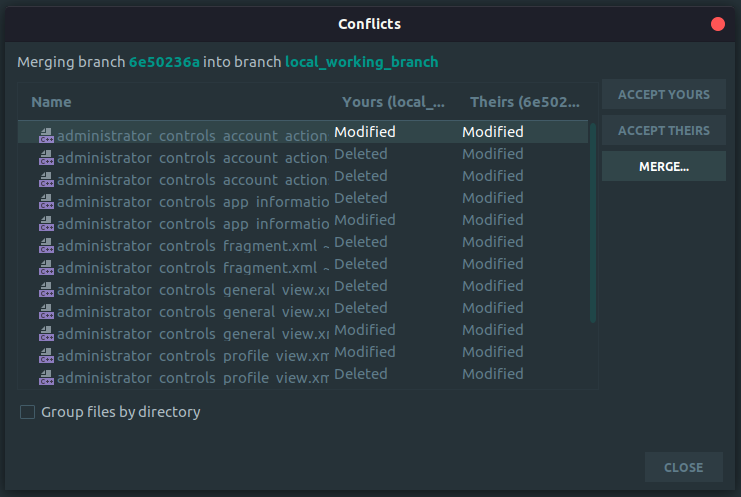 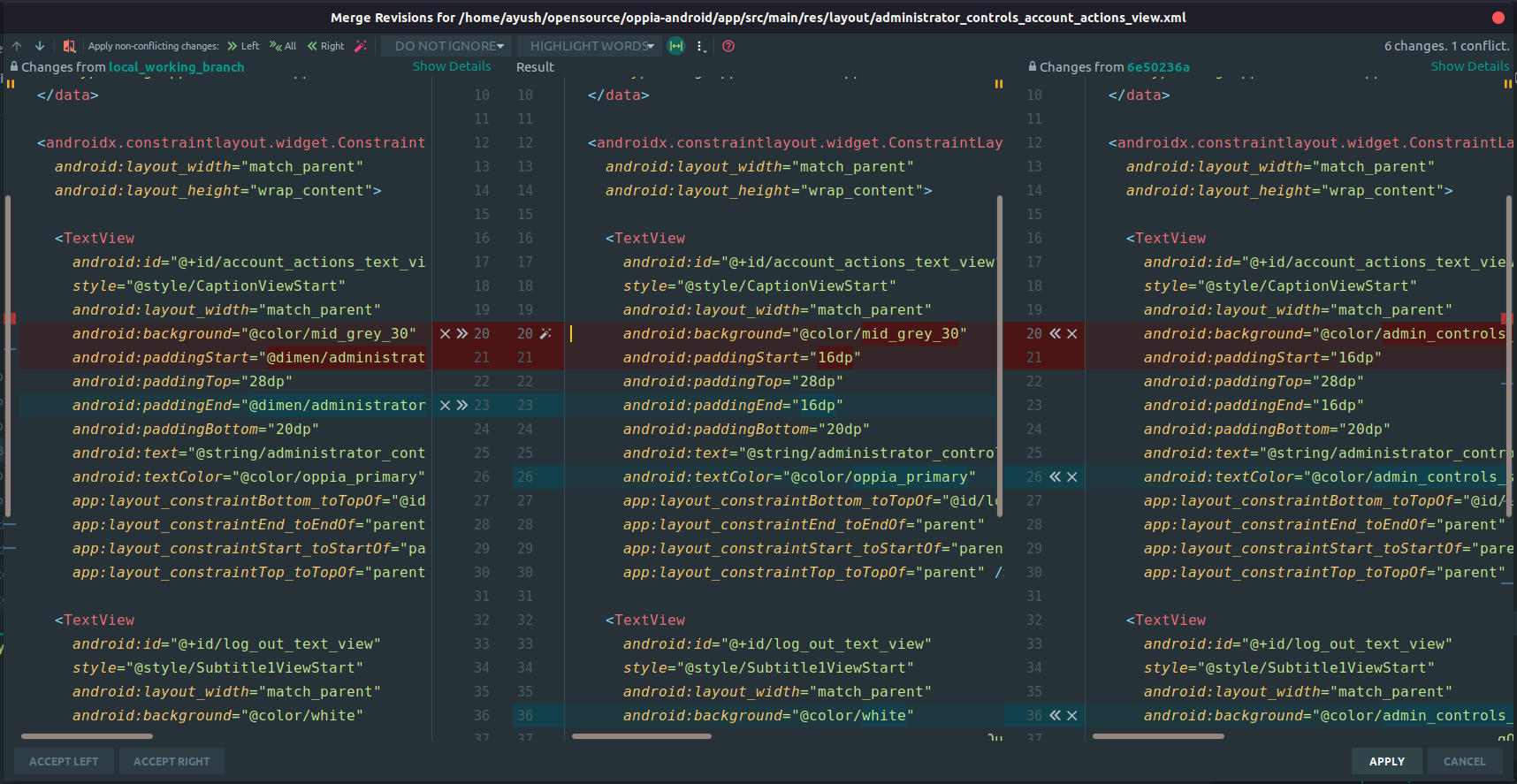 The file on the left shows changes from your local working branch and the file on the right shows the changes from the develop branch while the centre file being the final state of it. You can decide accordingly which change (or both) you want to keep for each conflict one by one using the arrows and cross sign on those highlighted lines. Once the conflicts are successfully resolved you can then commit and push your changes to your working branch.

Alternatively, merge conflicts can also be handeled using the terminal :

Resolving merge conflicts using the terminal
To resolve conflicts between ‘new-branch-name’ (in your fork) and ‘main’, run:

Feel free to ask any questions in case you are stuck somewhere.