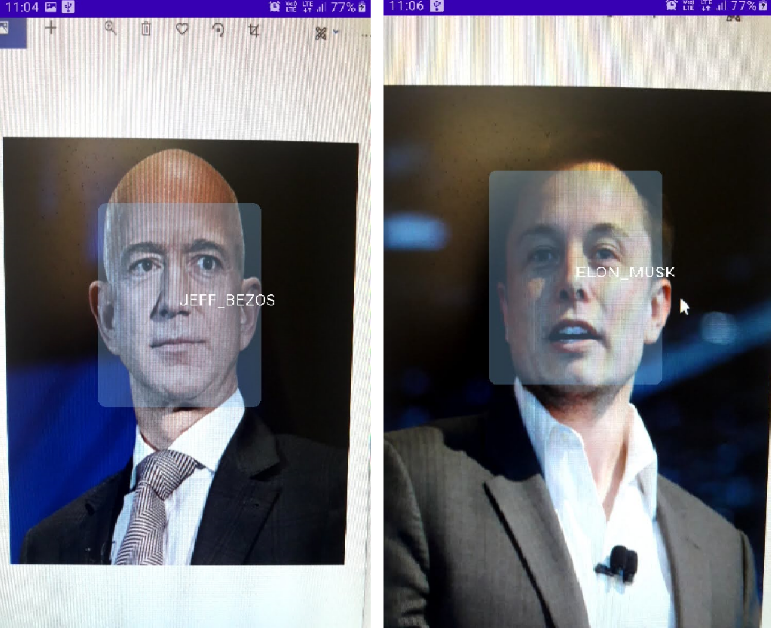 Store images of people who you would like to recognize and the app, using these images, will classify those people. We don't need to modify the app/retrain any ML model to add more people ( subjects ) for classification

If you're ML developer, you might have heard about FaceNet, Google's state-of-the-art model for generating face embeddings. In this
project, we'll use the FaceNet model on Android and generate embeddings ( fixed size vectors ) which hold information of the face.

The accuracy of the face detection system ( with FaceNet ) may not have a considerable accuracy. As, under the hood, we are comparing angles between vectors, this model would not produce results with a very high accuracy.

So, the aim of the FaceNet model is to generate a 128 dimensional vector of a given face. It takes in an 160 * 160 RGB image and
outputs an array with 128 elements. How is it going to help us in our face recognition project?
Well, the FaceNet model generates similar face vectors for similar faces. Here, my the term "similar", we mean
the vectors which point out in the same direction. We calculate this similarity by measuring cosine of the angle between the two
given 128 dimensional vectors.

In this app, we'll generate two such vectors and find the similarity between them. The one which has the highest similarity is our
desired output.

You can download the FaceNet Keras .h5 file from this repo.

The app will then process these images and classify these people thereafter. For face recognition, Firebase MLKit is used which
fetches bounding boxes for all the faces present in the camera frame.

This is different from existing face recognition apps as the user does not programme the app in such to recognize only a
fixed number of persons. If a new person is to be recognized, the system ( app ) has to be modified to include the new person as
well.

The app's working is described in the steps below. The corresponding code is present in the file written in brackets.

The above procedure is carried out only on the app's startup. The steps below will execute on each camera frame.

Want to detect human faces on a camera preview stream in real time? Well, you came to the right place.

A native Rich text editor for android based on Markwon library with export to Markdown option.

Smart Rating App - An Android library that encourages users to rate the app on Google Play.