Let's compare traditional layered design to the desing based on dependency inversion principle. As an example we take an application consisting of a navigation bar with three tabbed pages.

Another advantage of structuring the application in such a modular way is the ability to repackage the app according to new requirements. For instance we want to create a new companion app which uses some of the already existing modules or we want to create an Android Instant app. If we did everything right, we will be able to repackage some of existing modules into the new app and write missing ones. 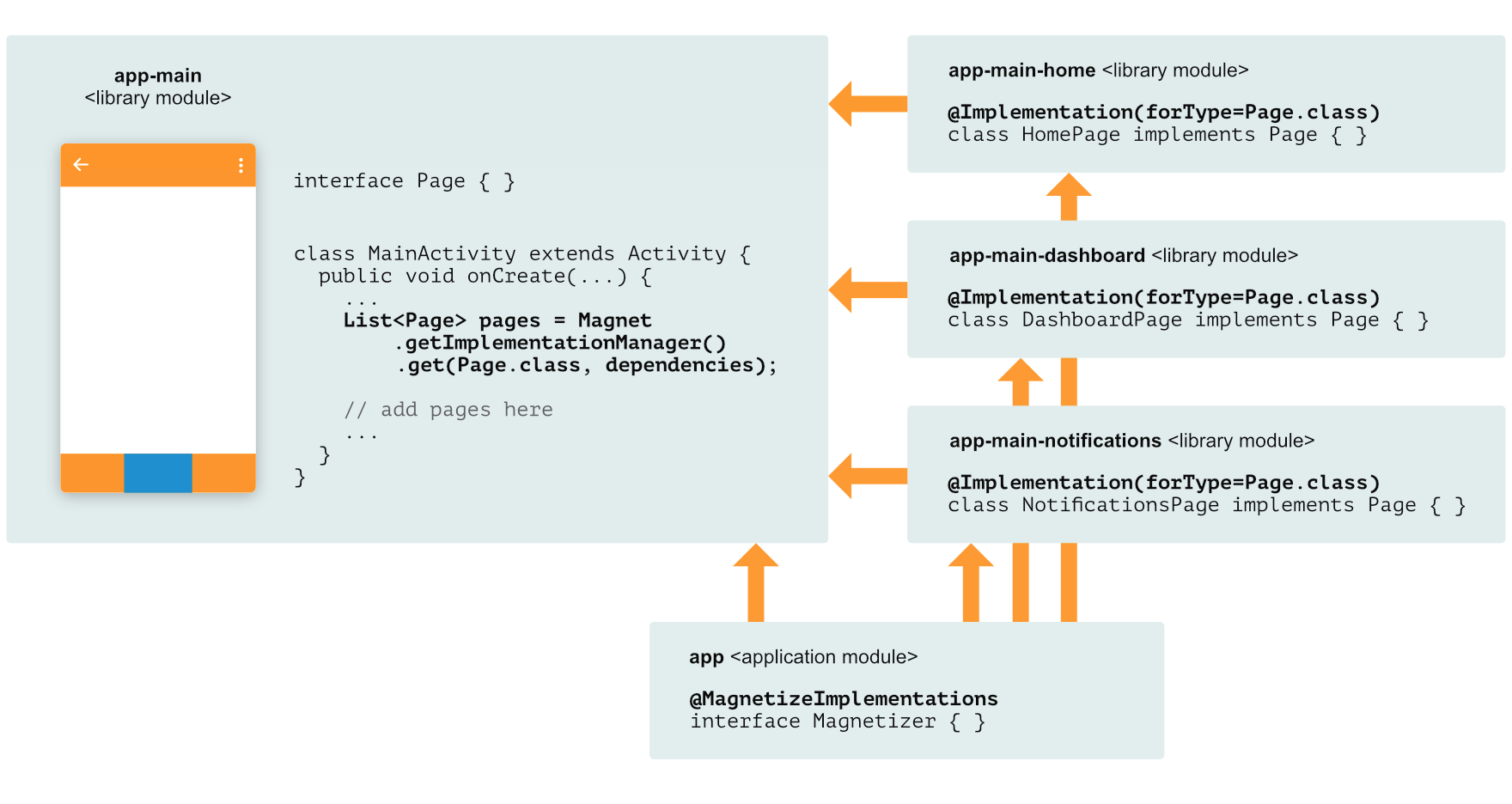 Application module becomes nearly empty and has the single role - it assembles all modules together into a single apk. Any features our application has, have to be moved to the library modules.

Our sample application defines app-main library module which can host tabbed pages. We make it extensible by exposing Page interface to its extension. Then we create thee more library modules which extend app-main module by providing HomePage, DashboardPage and NotificationsPage implementations of Page interface.

Now we can ask Magnet to put all these pieces together.

Sample application located in this repo implements exactly the logic described above. You can build, run and debug it. The fun part is, that now you can remove any of the implementation modules from the build by simply commenting out respective implementation dependency inside the build.gradle file of the sample-app module. Just rerun the app and commented out page will disappear. Have fun and happy coding!

Android library written in Kotlin, but can be used in Java too. Built to handle a single or multiple Uri (paths) received through Intents.
05 August 2020
It's time to make a technical assessment now that I've been in Android development since 2011 including 5 years in mobile agency.
13 June 2020
ExcuseMe is an Android library that provides an one-line implementation for android permissions made with Kotlin.
25 May 2020