I Am Rich is an iOS application developed by Armin Heinrich and which was distributed using the App Store. When launched, the screen only contains a glowing red gem and an icon that, when pressed, displays the following mantra in large text:

I am rich
I deserve it
I am good,
healthy & successful

The application is described as “a work of art with no hidden function at all”, with its only purpose being to show other people that they were able to afford it

The application was removed from the App Store without explanation by Apple Inc. the day after its release, August 6, 2008.

This APP was inspired on the original “I Am Rich” application and it was coded by using Android Studio. 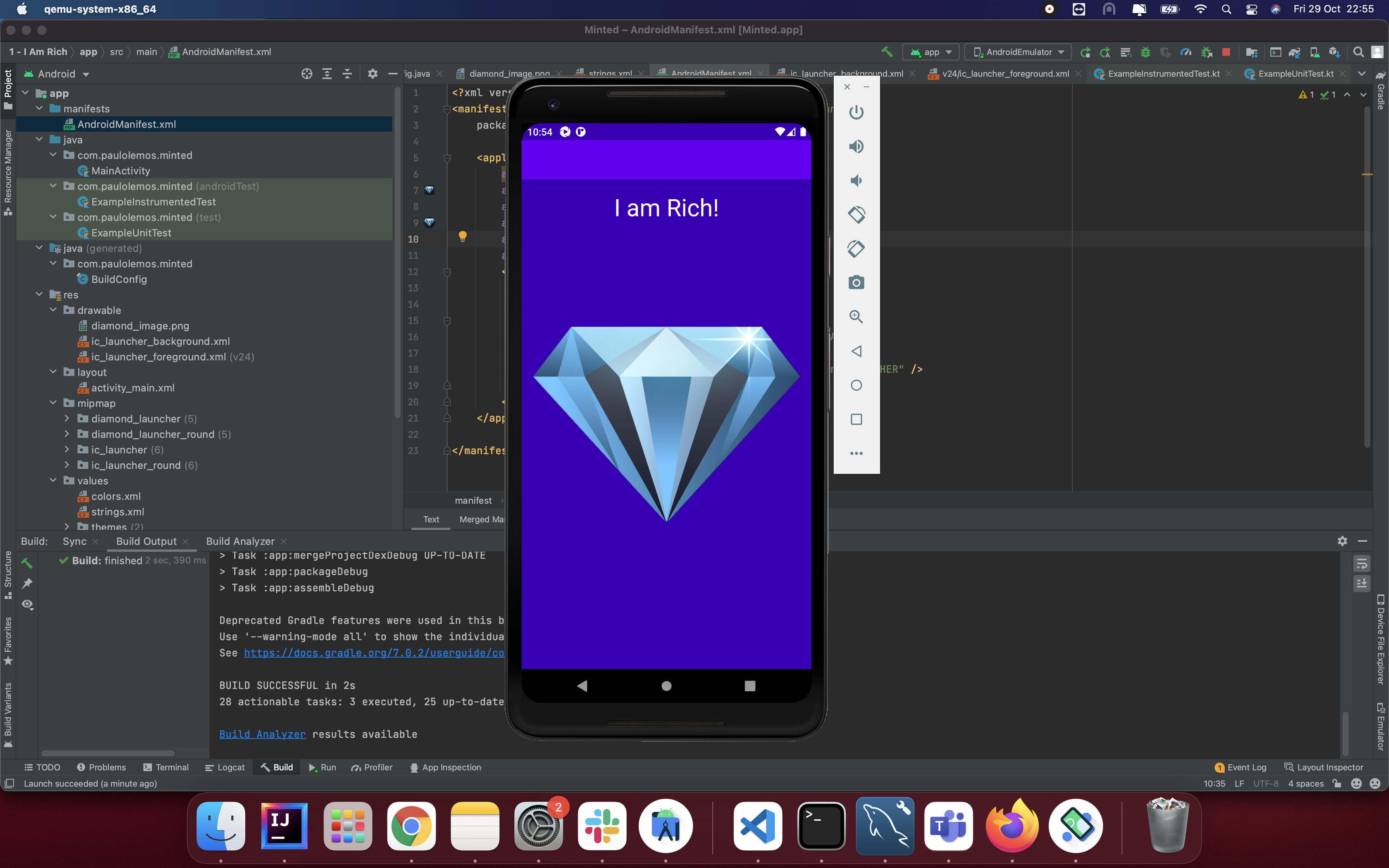 A digital wellbeing Android app that helps minimise distractions when you don't want them
03 December 2021
Project base for the migration of the Flutter App of 1A Ingenieria y Gas
27 January 2022
An app to explore near by restaurants using foursquare API. Navigation is also implemented with animation
27 January 2022