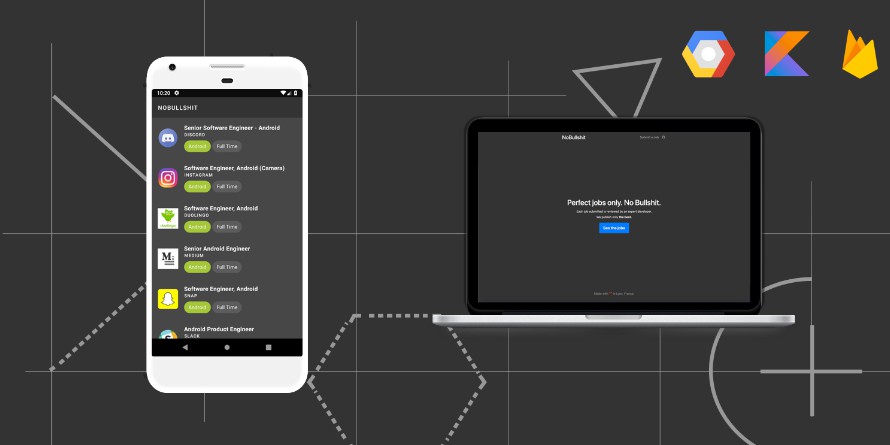 No Bullshit - Perfect jobs only

A sample project entirely written in Kotlin. Backend/Frontend with Ktor and Android app.

No Bullshit is an open source project that wants to help developers find the perfect job. An expert developer reviews each job submitted through the platform. We publish only the best... sunglasses

This project is intented to show how to create a full project using Kotlin. Therefore, you'll find two main modules :

The backend sample can be run locally (http://localhost:8080/) using the following script :

If you want to deploy it to your own GAE project, you can use the following script :

If you want to run the unit tests for the backend :

If you want to run the instrumented tests for the android app :

The SAR Coordinator Application aids volunteers in search and rescue operations by leveraging the phone's GPS to track volunteer location, and enabling volunteers to send shift reports to the county admins.

Project showcase to show the Listing of Uk Hospitals.

An extended ImageView that can stream MJPEG videos.