An Android library to bring your ordinary photos to life with an awesome crystallized effect.

Add the dependency in your app module's build.gradle file

RxLowpoly uses the Java Native Interface to run native code written in C which provides much faster processing for edge detection using the Sobel Operator and then implementing the Delaunay Triangulation algorithm.

The Sobel Edge Detector is a gradient based edge detection algorithm which provides us with separate planes on which the Delaunay Triangulation can be applied.

We take a set P of discrete points on an image plane and apply Delaunay
Triangulation DT(P) to produce triangles connecting 3 points at
a time such that no point in **P **is inside the circum-circle of any
triangle in DT(P). These separate triangles taken together in-turn
provide us with the image having a crystallized effect. 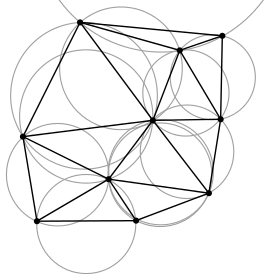 Which leads to the resultant crystallized image as :- 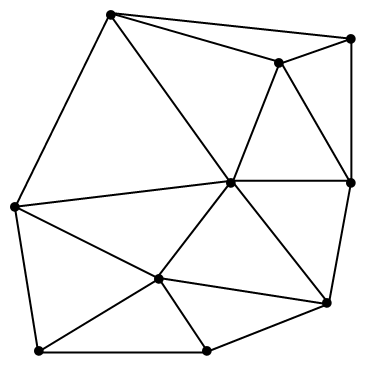 All asynchronous operation is done on the IO scheduler.

A Bitmap of the generated lowpoly image is always returned irrespective of synchronous or asynchronous calls and whether an output File or Uri is supplied using the output method.

Note : A full implementation can be found in the app module of this repository or in the open sourced WallR app.

The following tests have been performed on a Xiaomi Redmi Note 5 Pro with 6 gb Ram.

Also, we can see that Bitmap is the input format of choice as it is processed the fastest, followed by Uri, File and Drawable respectively.

The sample app provides an implementation of various configurations of RxLowpoly which one can experience and assess first hand before using the library. 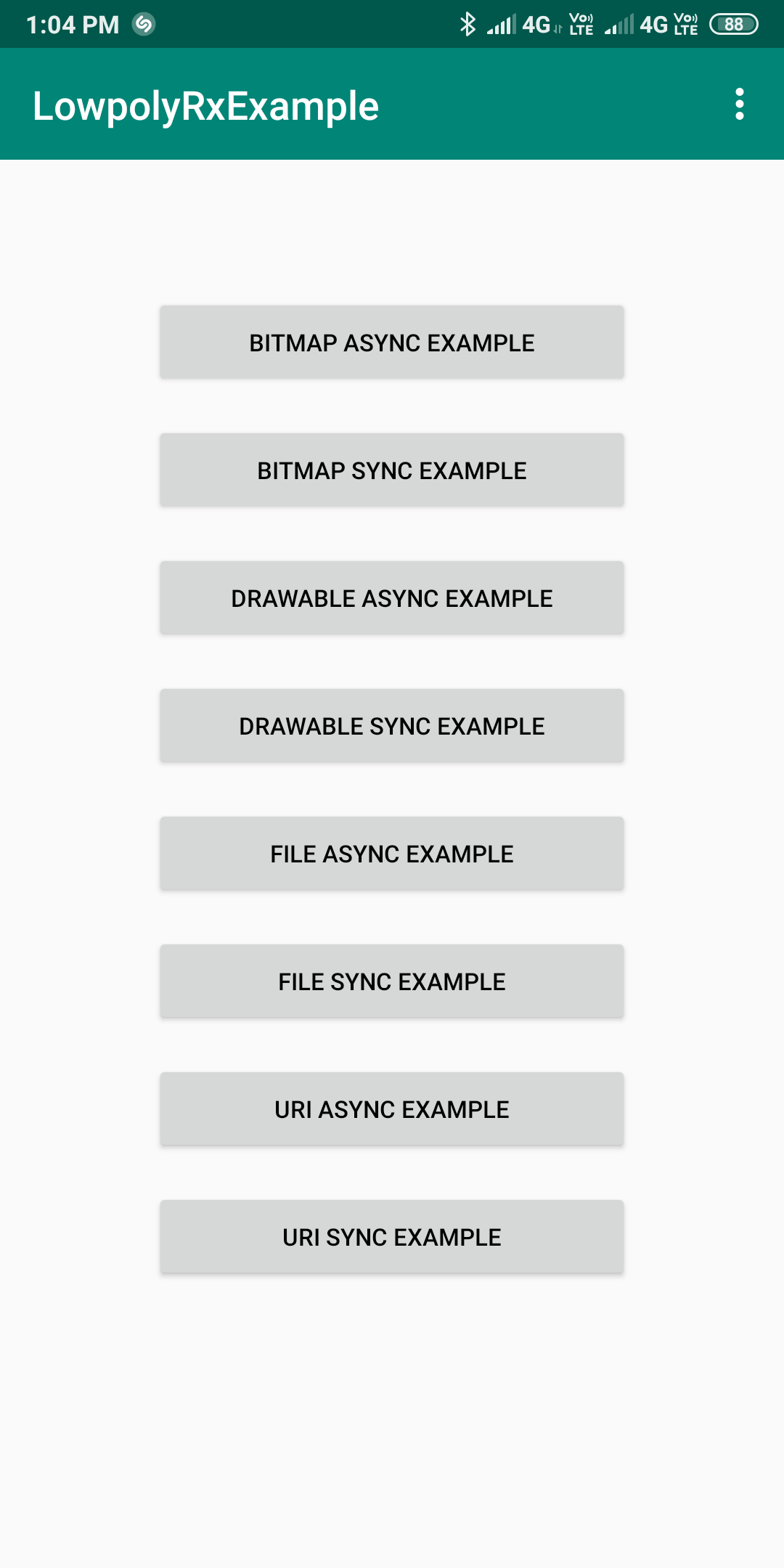 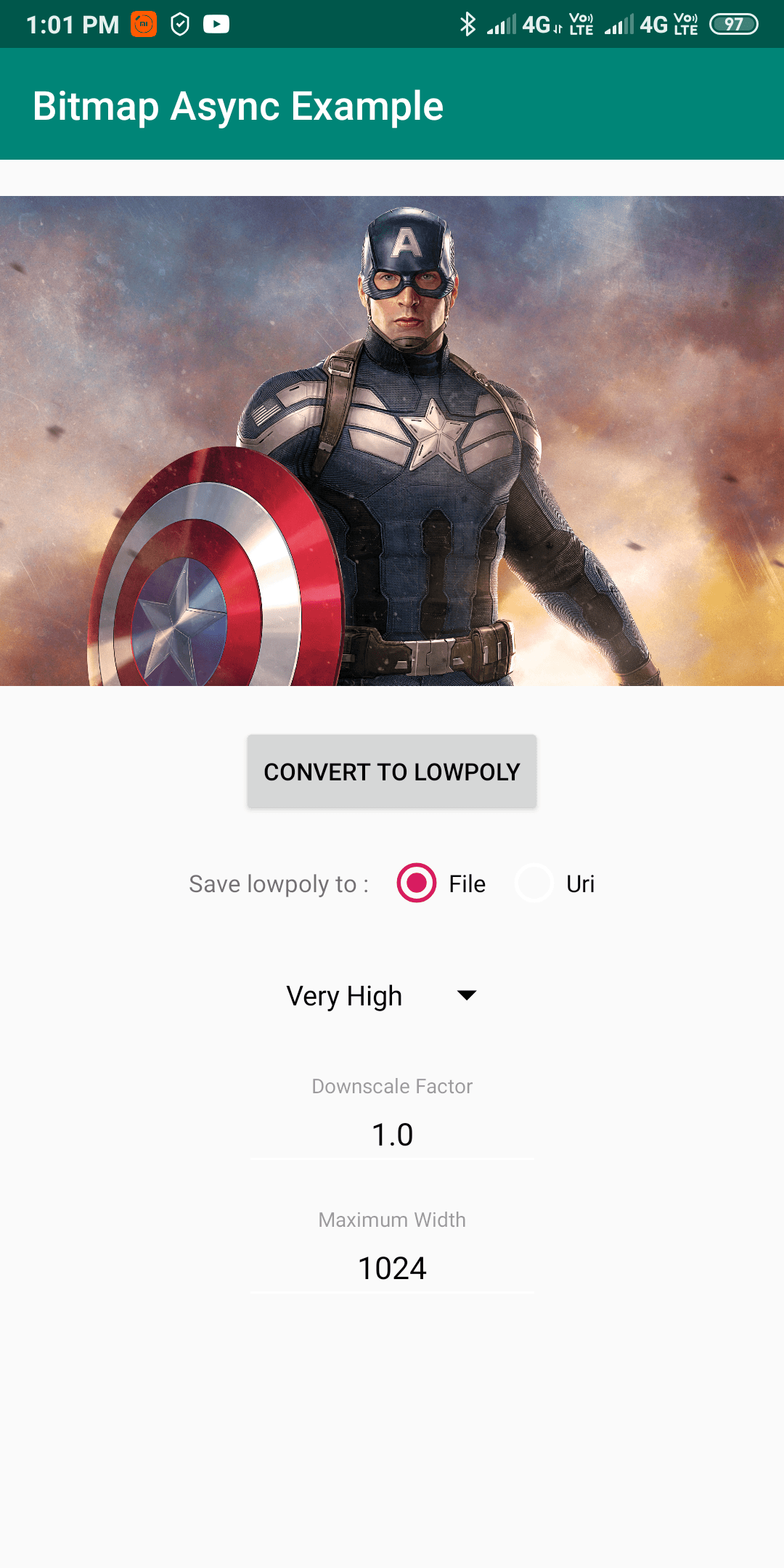 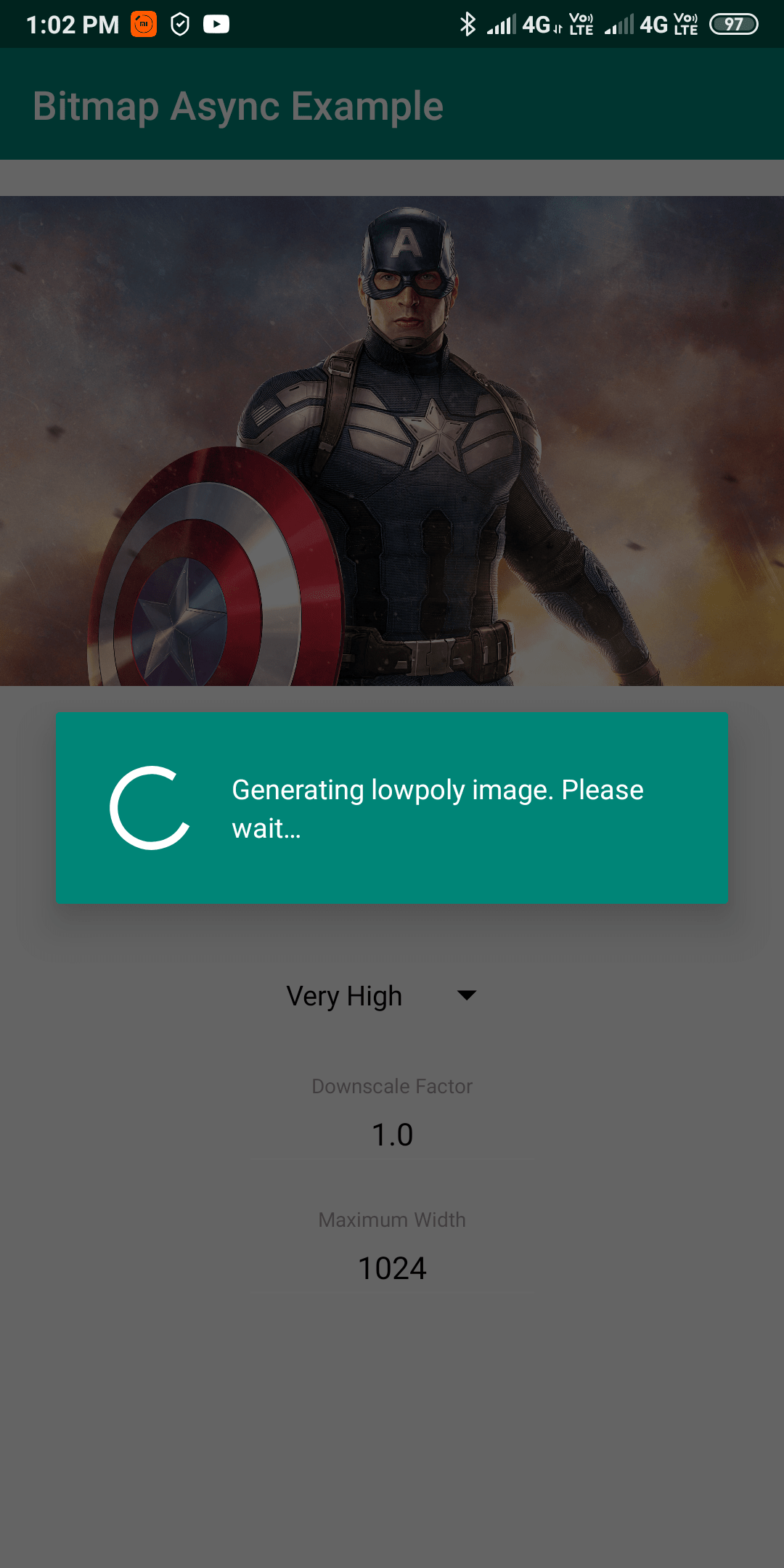 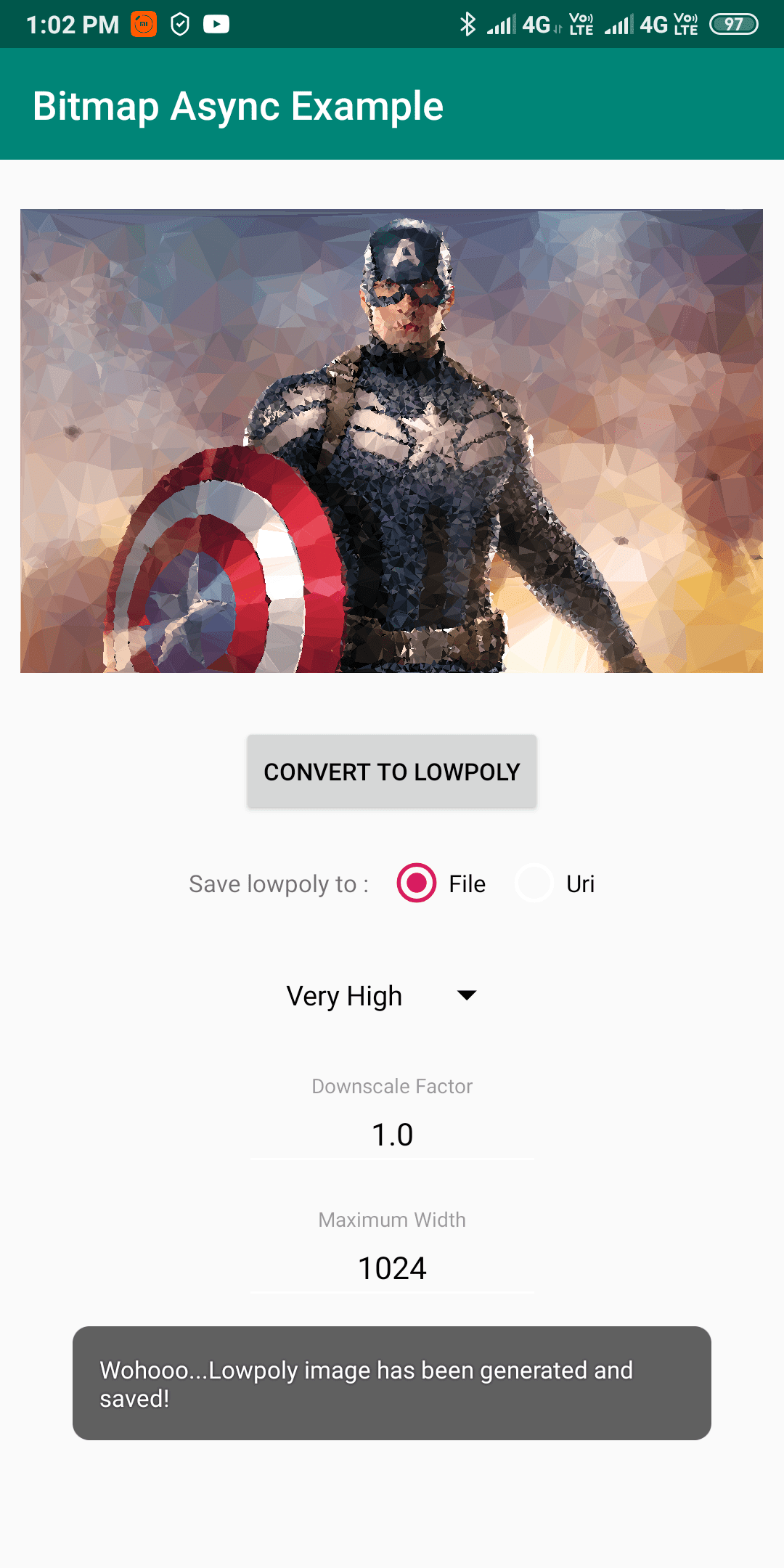 An Android application that parses a JSON array of image links, loads them and displays them in a grid.
24 May 2021
Easy to use and configurable library to Pick an image from the Gallery or Capture image using Camera.
27 April 2021
This app is an example. how to create collages with RecyclerView.
25 April 2021