This is a final project for Mobile Computing

The Problem: Football deals with being the best athlete and understanding the sport and schemes. Today coaches and third parties hold camps to poke, prod, and test prospective recruits to see if they have what it takes to compete at the next level (NCAA, D3, NAIA, or NJCAA); They do this by using standardized drills and measurements. However as stated previously football is comprised both of physical capabilities AND mental. Currently there is NO standardized way to measure a person’s “game knowledge” other than physically talking to them and asking them questions.

Darius is an undersized offensive line man at 6ft 270lbs, he struggles at camps to get coaches to notice him due to his lack of size since they are looking at the larger prospects. He is a student of the game though and knows a lot more than his completion. He wants a way to show coaches that he is more than just his physical capabilities. Should there be a service that could standardize football knowledge he could show coaches he can compete in a game

Jackson is a 5 star quarterback currently ranked 2nd in his recruiting class due to the 1st place quarterback being faster and stronger. Despite this Jackson is the better pick since he can read defenses far better than his competition, the only thing holding him back is that he has no way to compare his Football Knowledge to his competition. If he could compare a measurable to his competition he could prove he is the superior overall athlete

Coach Stoops has been coaching for several years and every time he gets a recruiting class he notices that he has to get rid of half of them since they just don’t know anything about football and he doesn’t have the time to educate them from the ground up since they are slow learners. If there was a way for him to sort through players by seeing what they know and how athletic they are he could possibly avoid having to lose half of his recruiting class each year and thus build a better, more knowledgeable team.

Coach Barker just got picked up as a new coach for the University of Charleston Golden Eagles and he needs some new lineman that know what they are doing since the Golden Eagles just graduated their entire starting offensive line and the back ups are not going to cut it since they are young. He needs to sort out the whether the 5 new lineman he is recruiting can come in as “plug and play” players and pick up the offense easily. Without the service of Football IQ he doesn’t have a standardized way to compare his athletes minds so he has little idea as to whether or not a player is faking his knowledge or if he is the real deal.

Solution: I propose that an application/service called “Football IQ” that is used to not only test a person’s in depth knowledge of the game but to also be used to teach people the basics and even more advanced topics pertaining to football. This could then be used as measure for Student-Athletes to give to coaches to let them know how much they already know. That then means coaches get student athletes that both are physically capable and know the innerworkings of football.

below are examples of student athletes twitter bios that include their measurables, I included what it would look like with their FBIQ score 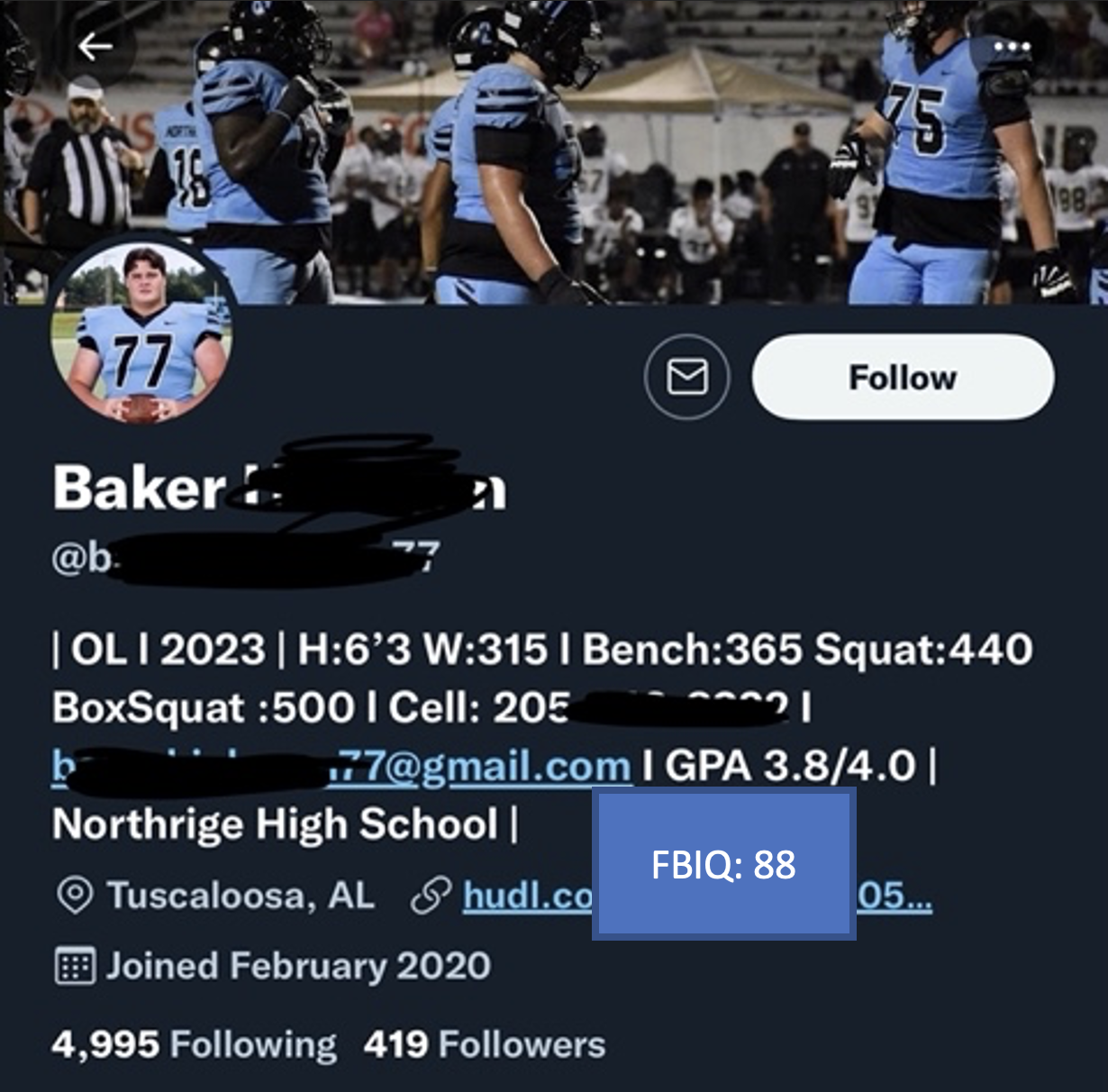 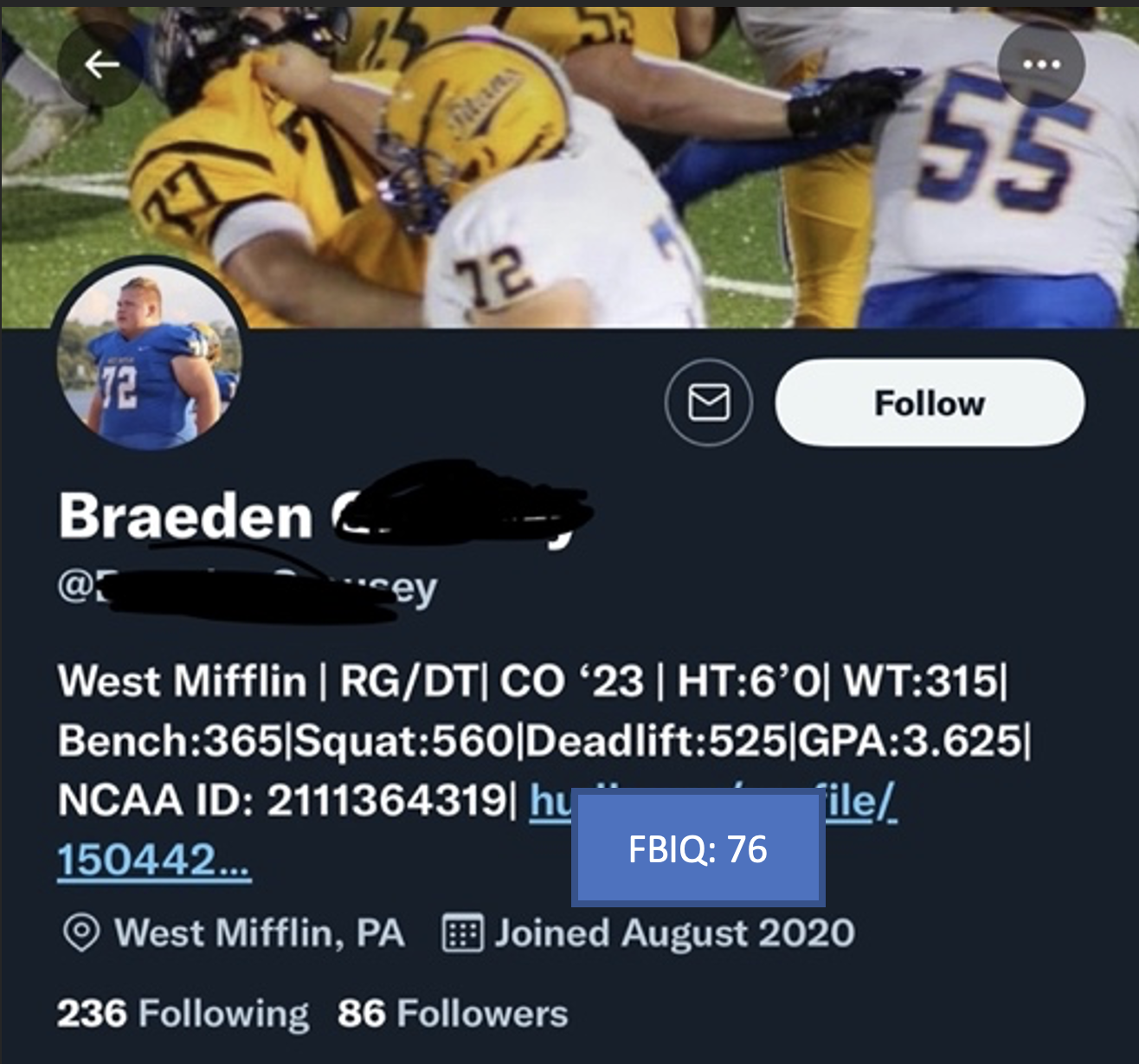 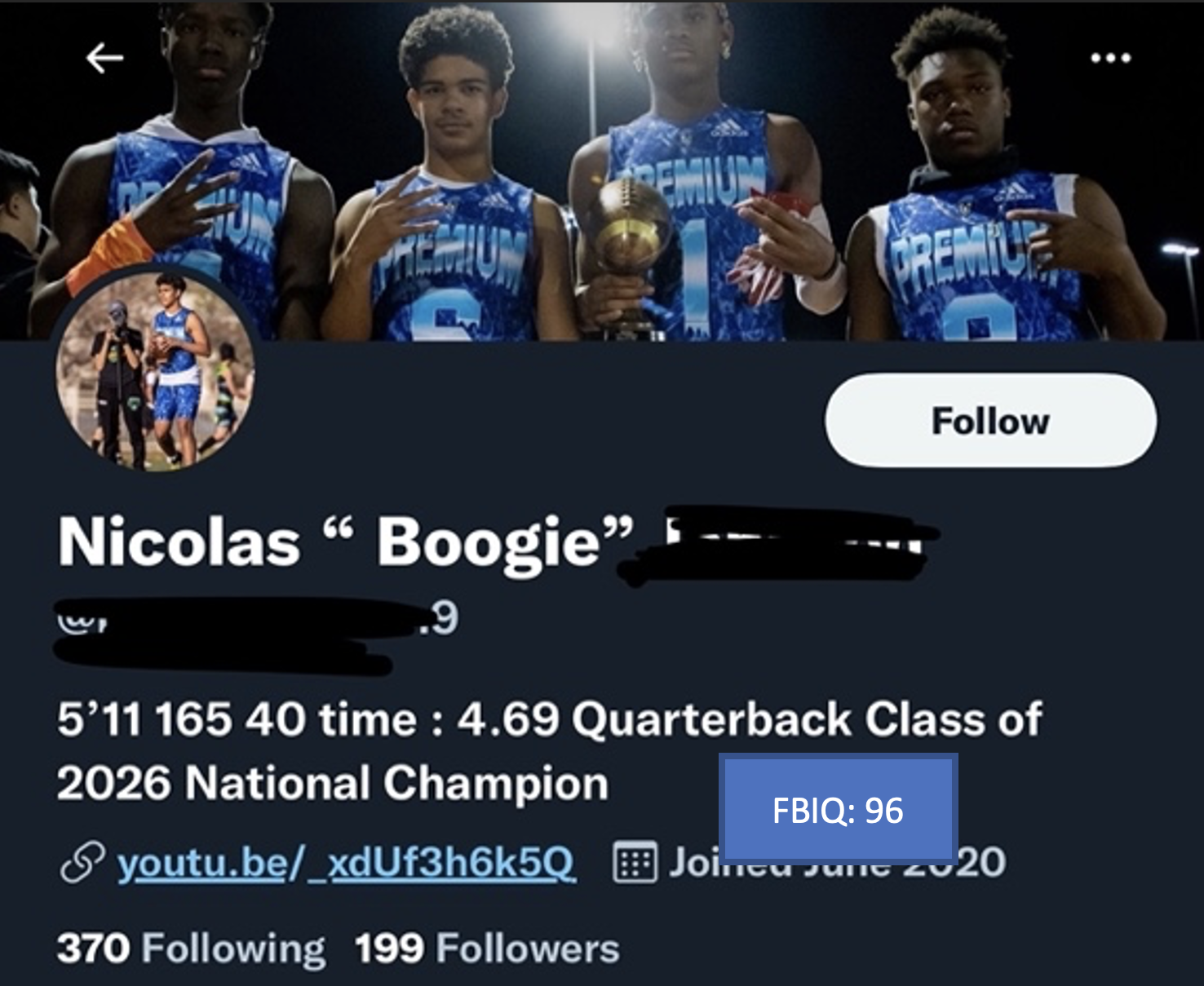 Below is a rough inital design for a UI 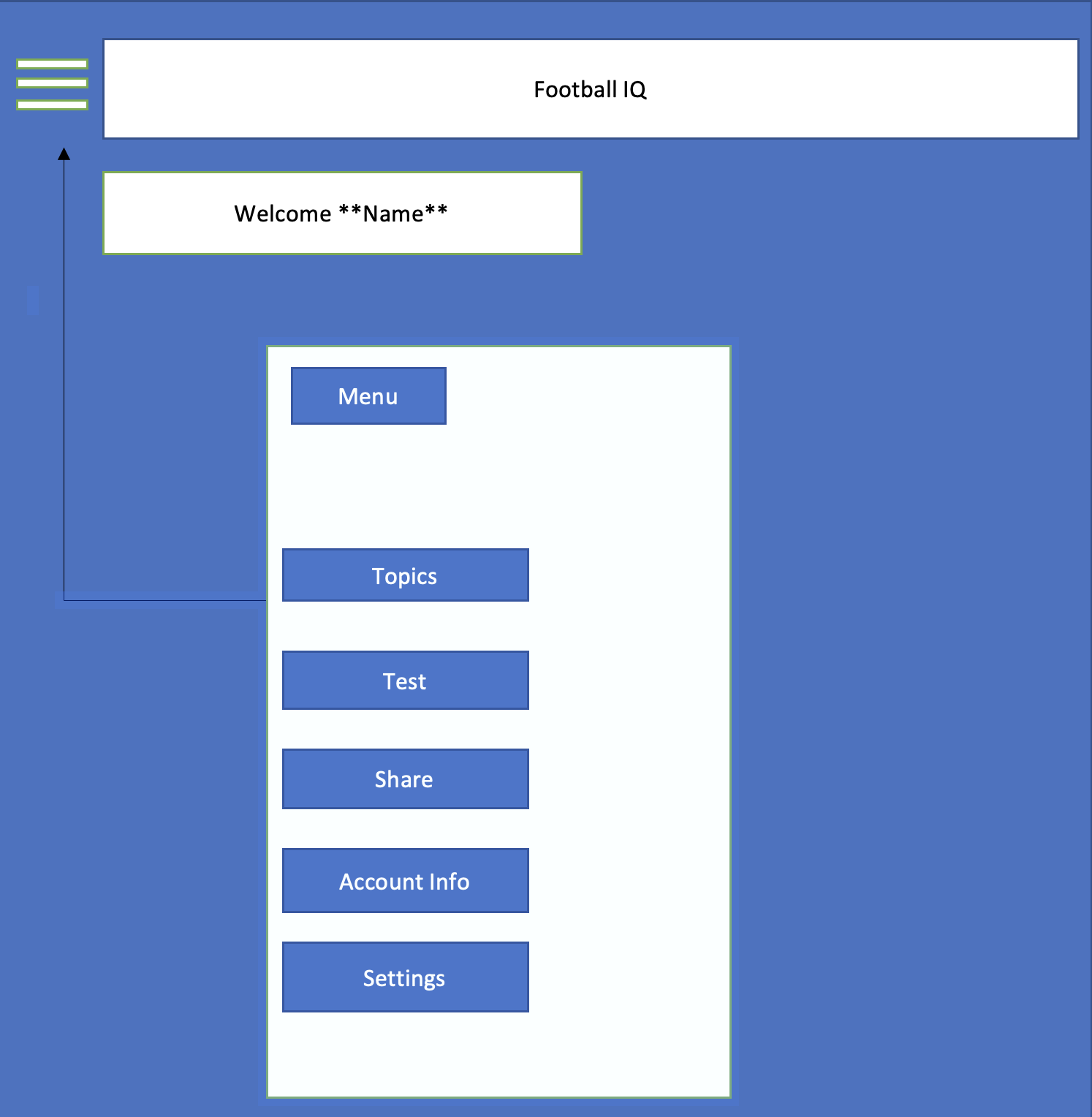