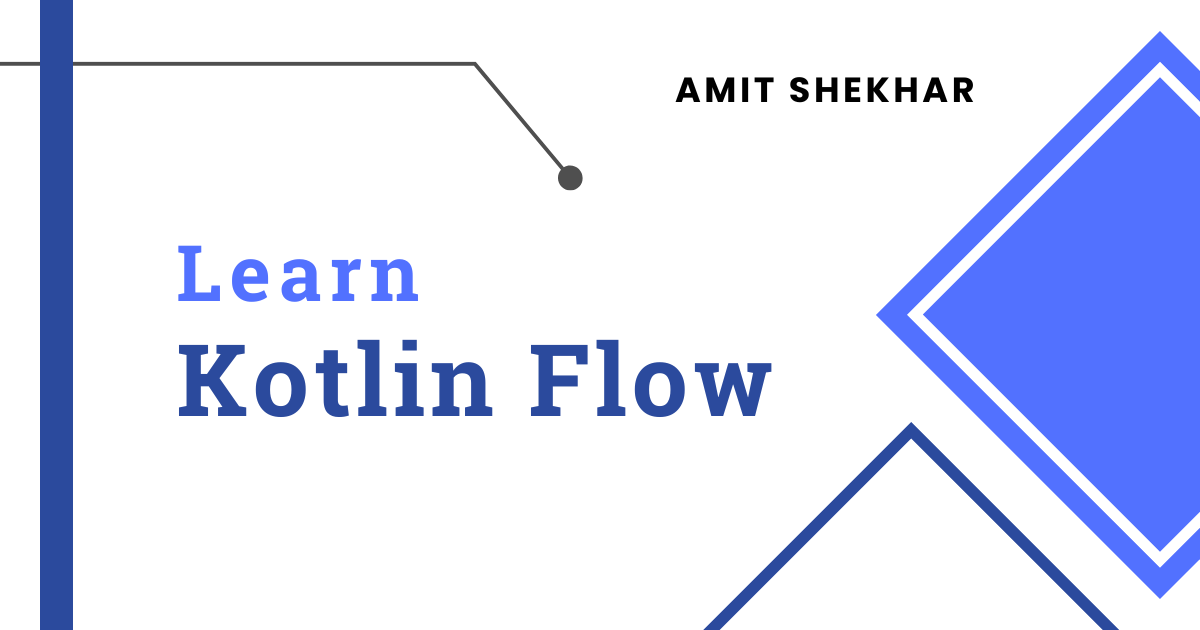 Flow is an asynchronous data stream(which generally comes from a task) that emits values to the collector and gets completed with or without an exception.

This will make more sense when we go through the example. Let’s take a standard example of image downloading.

So, there will be a task that will be done and will emit some values which will be collected by the collector.

The major components of Flow are as below:

Let’s understand this with the following analogy.

In simple words, we can say that it helps in doing a task and emitting items. Sometimes it is just required to emit the items without doing any task, for example, just emit a few numbers (1, 2, 3). Here, the flow builder helps us in doing so. We can think of this as a Speaker. The Speaker will think(do a task) and speak(emit items).

The operator helps in transforming the data from one format to another.

We can think of the operator as a Translator. Assume that the Speaker is speaking in French and the Collector(Listener) understands English only. So, there has to be a translator to translate French into English. That translator is an Operator.

Operators are more than this actually, using the operator, we can also provide the thread on which the task will be done. We will see this later.

The collector collects the items emitted using the Flow Builder which are transformed by the operators.

The Flow interfaces look like the below in the source code of Coroutines:

Let’s go through the code.

Note: When we actually connect both the Flow Builder and the Collector using the collect method, then only, it will start executing.

Now we have understood what exactly Flow is.

Steps to learn Kotlin Flow from this project

You will learn the following from this Learn Kotlin Flow project:

Just make pull request. You are in!