Android application to save weather conditions for your current location and the background change based on your time. 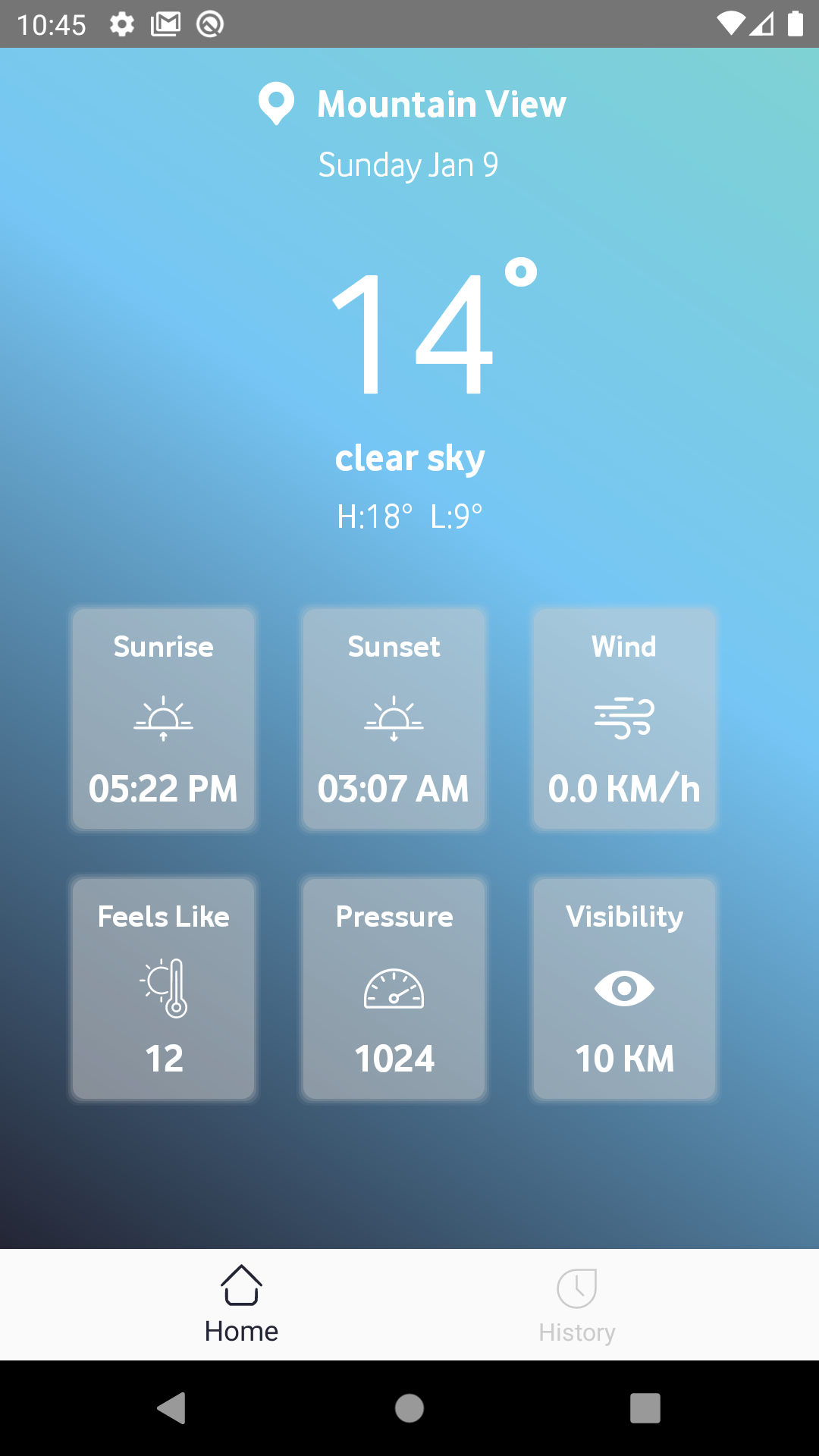 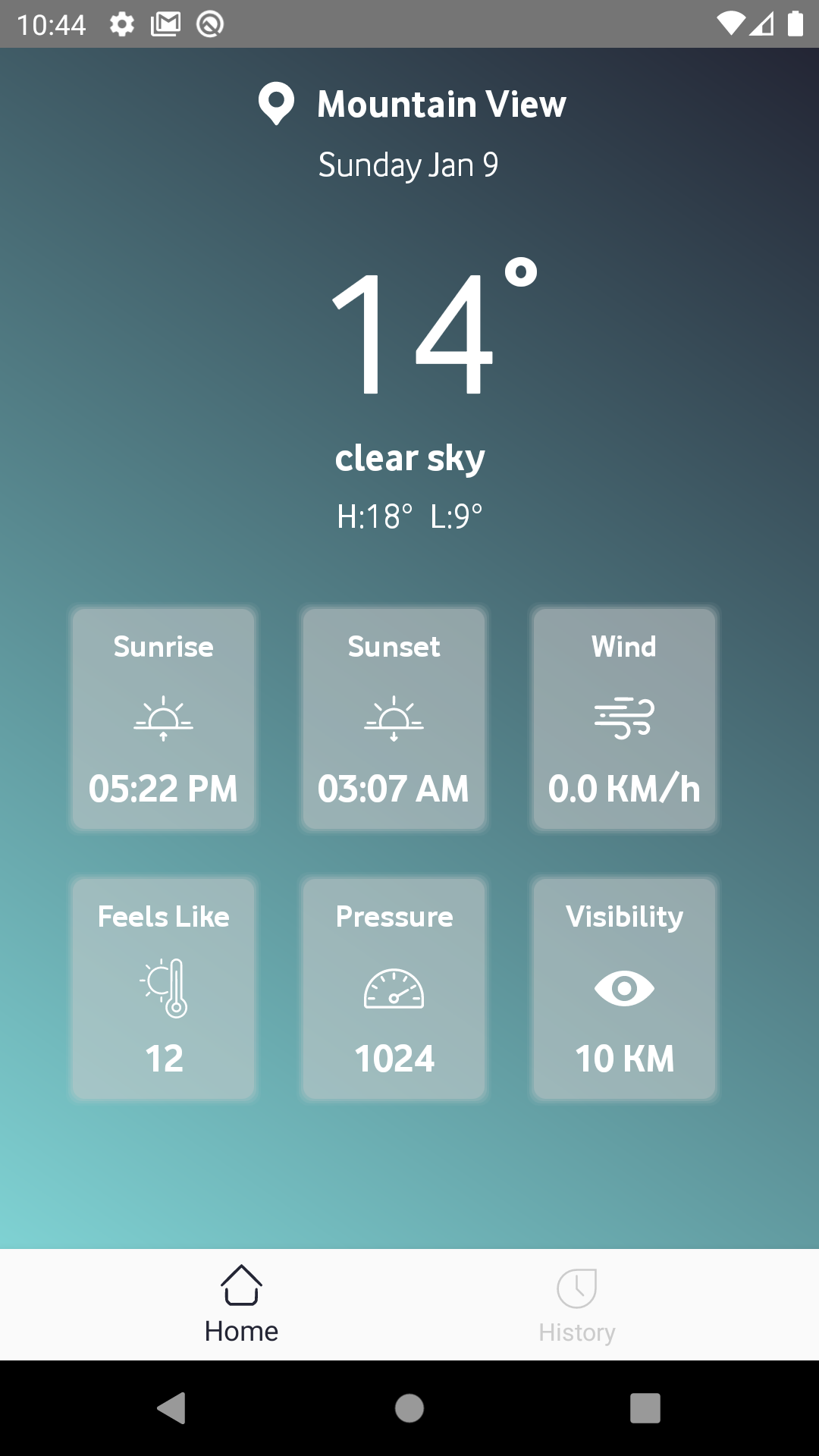 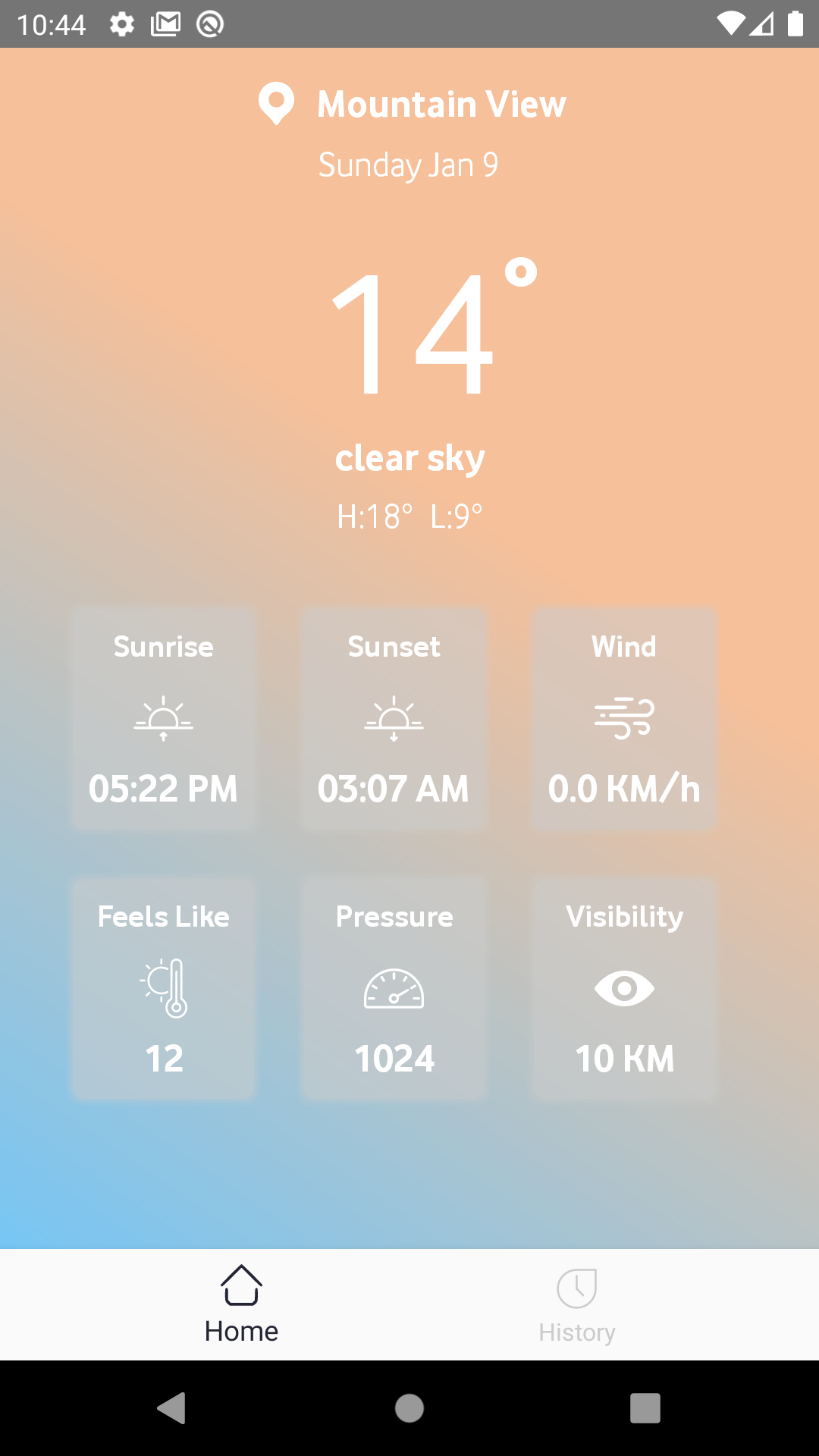 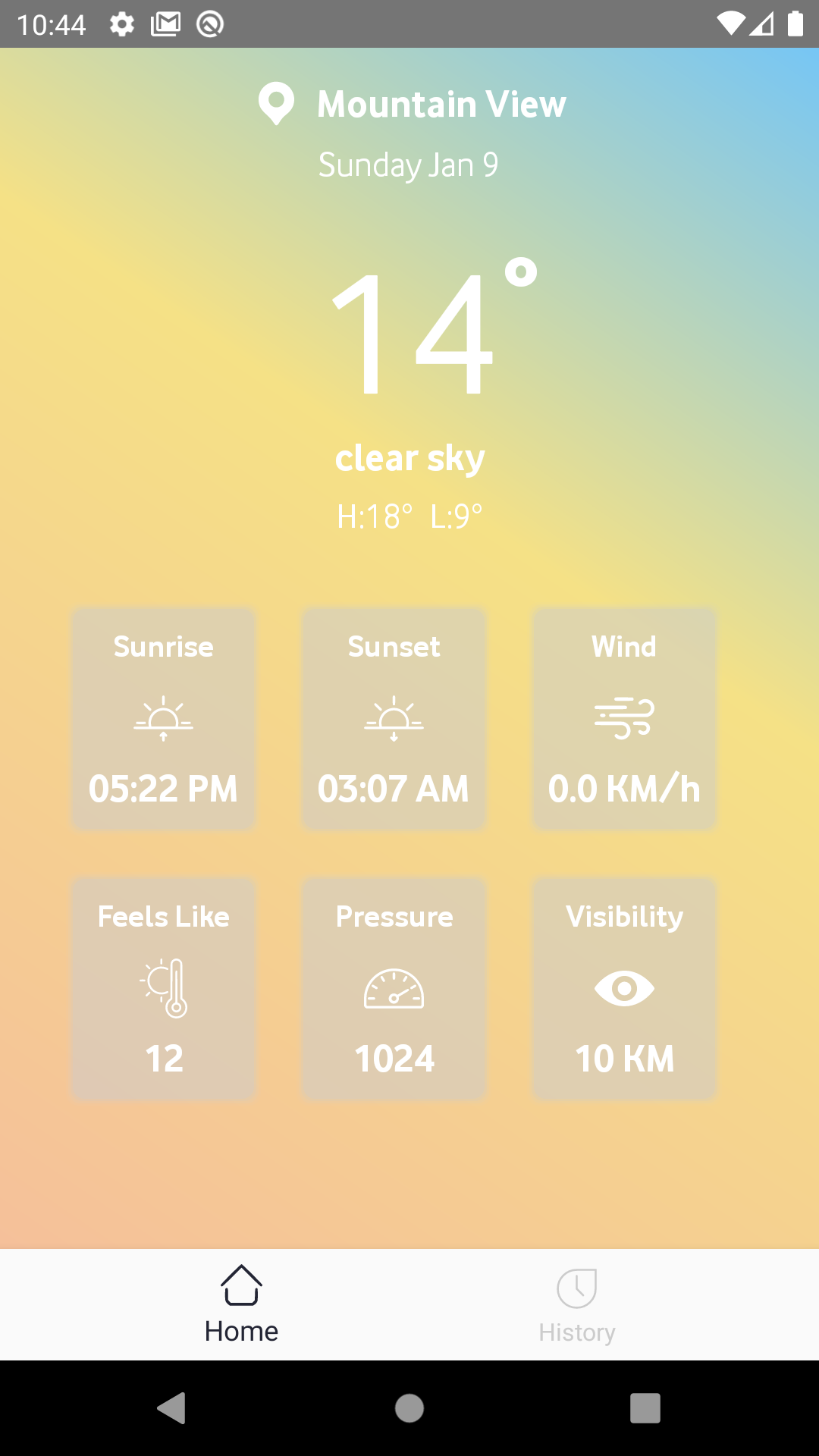 it’s a basic Android studio project used to implement the new Architecture components in the jet back Clone the repo, open the project in Android Studio, hit “Run”. Done!
The application is compatible with Android 21 (cannot be smaller than version 21 declared in the library) and onwards

The app is a client: where operations are performed by calling API endpoints over the network and local data is in effect mutable. Local data is only modified as a result of user requests.
The app client must have location permission otherwise the API calls will not affect local data

A sample Album list app that shows how to use ViewModels and Room together with RxJava & Dagger2
13 May 2022
MVVM, Base Structure, Hilt, Kotlin Flow, Retrofit
05 March 2022
Instagram clone App in android using Kotlin, LiveData, MVVM, Dagger, RxJava and Retrofit
04 February 2022